Football Manager 2015, the latest in the award-winning and record-breaking series, is coming to PC, Macintosh and Linux computers in November 2014.

Football Manager is the most realistic, in-depth and immersive simulation of football management available, putting you in the hot-seat of almost any club in more than 50 countries across the world, including all of Europe’s biggest leagues.

Football Manager 2015 will allow you to live the life of a real football manager – you decide who plays and who sits on the bench, you’re in total control of tactics, team-talks, substitutions and pitch-side instructions as you follow the match live with the acclaimed 3D match engine.

Pre-order Football Manager 2015 now to enjoy access to a fully-playable ‘Beta’ version of the game roughly two weeks prior to the official release date.

Tracksuit Manager
You can now define your managerial style like never before, using the new manager points system to focus on coaching, scouting, youth development, man-management… or maybe a little of everything? What type of manager are you?

Scouting Centre…
The new Scouting Centre integrates all areas of player recruitment. Plus you can set scouting assignments to find specific levels of player whether it be a first teamer, youngster or a direct player replacement.

Deeper media experience…
A wider variety of journalists with tabloid and broadsheet reporters developing more varied stories and building up rivalries through the media, plus brand new tunnel interviews before and after matches.

Classic Mode…
Updates to Classic Mode allow you more freedom when selecting nations, leagues and players in your gameworld. Plus, you can now skip pre-season (in first season), take control of player training, make more board requests and there are new unlockables, such as; ‘Dodgy lasagne’, Unsuspend player’ & ‘Lifetime player’

And much more..
Including Twitch TV support, Manager Timelines and improvements to Finances, Training and hundreds of other features. 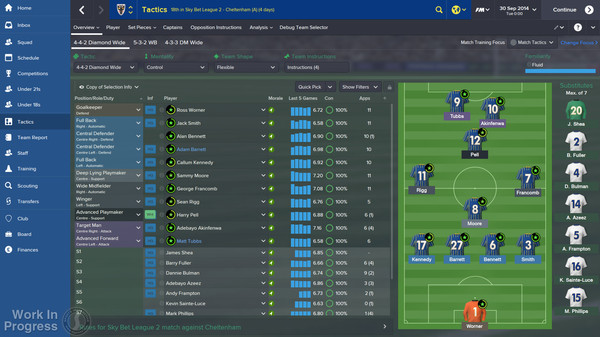 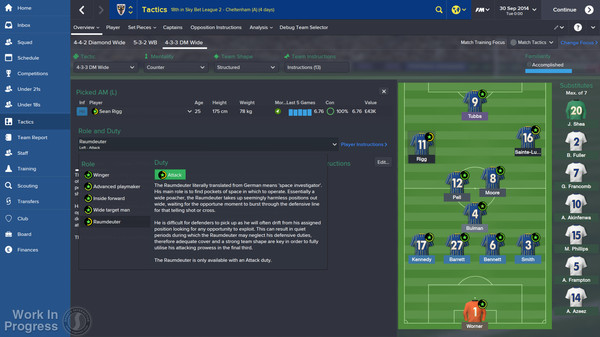 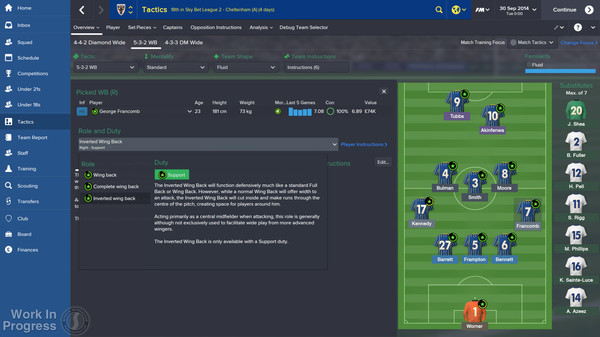