“Raven’s Cry” is a third person RPG-adventure game that combines fast-paced swordplay, thrilling naval battles, and free ranging explorations through undocumented islands and historical towns. A cadre of colourful cutthroats will cross your path on your travels, all with their own motivations and plans, but make sure to choose your crew with care!

The fast paced combat system in Raven’s Cry is based on the traditional art of fencing, combined with historical firearms, the always messy hook, and good old fashioned street fighting, allowing players to dispatch foes in a variety of grisly ways. Christopher’s hook acts as both a symbol of his childhood tragedy and a brutal tool of his revenge, playing a crucial role in “Raven’s Cry“. Upgrade your abilities and learn new skills and attacks that will make your enemies literally tremble in fear. How you kill is up to you, and as long as Christopher is the last man standing, no trick is too dirty, and no attack is off limits. The more violent and depraved your actions become the more you will influence your surroundings, as both foes and citizens alike will learn to fear you, sometimes with unexpected consequences. Regardless of whether you play as a badass or just a plain bad guy, “Raven’s Cry” offers multiple ways to gain victory; it’s up to you to decide if Christopher reaches his goal with his soul intact. 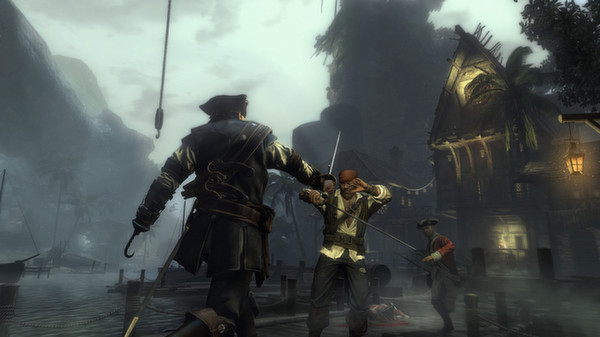 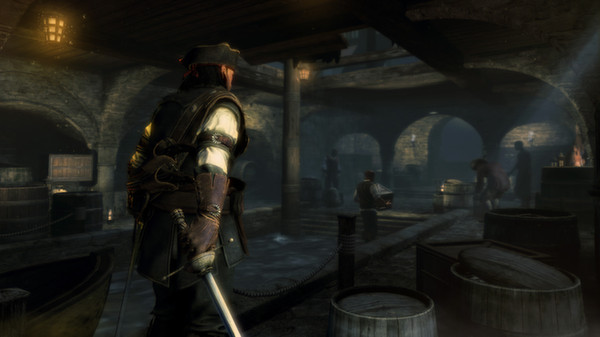 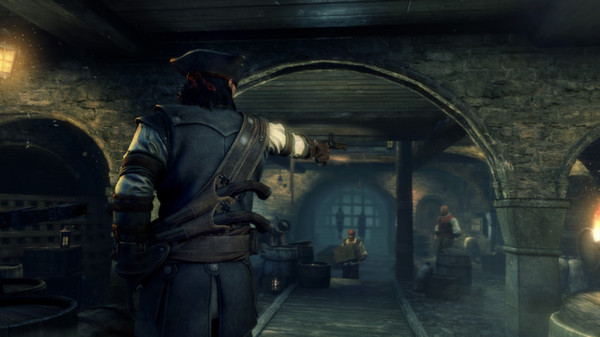 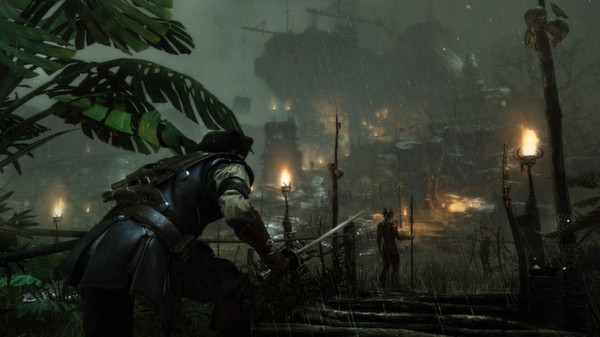