When the sky opens up and rains down chaos, the world needs heroes. Become the savior of Thedas in Dragon Age: Inquisition. You are the Inquisitor, tasked with saving the world from itself. But the road ahead is paved with difficult decisions. Thedas is a land of strife. Factions constantly war with each other even as a larger demonic invasion has begun. And you? You and your band of champions are the only ones who can hold it together. It’s your job to lead them… or fall.

And with the Digital Deluxe, you’re granted access to an exclusive armory of weapons, armor and mounts. Sit atop the skull-carved throne with the Flames of the Inquisition Armor, and ride onto the battlefield with mounts like the Bog Unicorn and the Red Hart Halla.

Enthralling, Choice-driven Narrative – You’re not just deciding who to send into which battle in Inquisition, you’re making important decisions that shape the future of Thedas. Each choice carries weight, and your actions can lead to a variety of outcomes. Inquisition is a highly personalized journey, where one wrong move could set in motion a series of events that alter the physical aspects of the world itself, making your Thedas – and your heroes – feel truly unique.

A Massive World to Discover – The world of Thedas has never been bigger or more detailed; it’s wide open, and ripe for exploration. Discover enemy keeps ripe for the taking. Unearth hidden caves filled with lurking creatures. Thedas is vast and dangerous, but uncovering its secrets can spell the difference between victory and defeat.

Intense, Strategic Combat – There’s no wrong way to play Dragon Age: Inquisition… except for the way that gets you killed. Fortunately, the optional strategic view gives you a god’s-eye vantage on battle. Time stops while you plan in this view, but if that’s not your style, you can just barrel ahead, crossbows blazing. 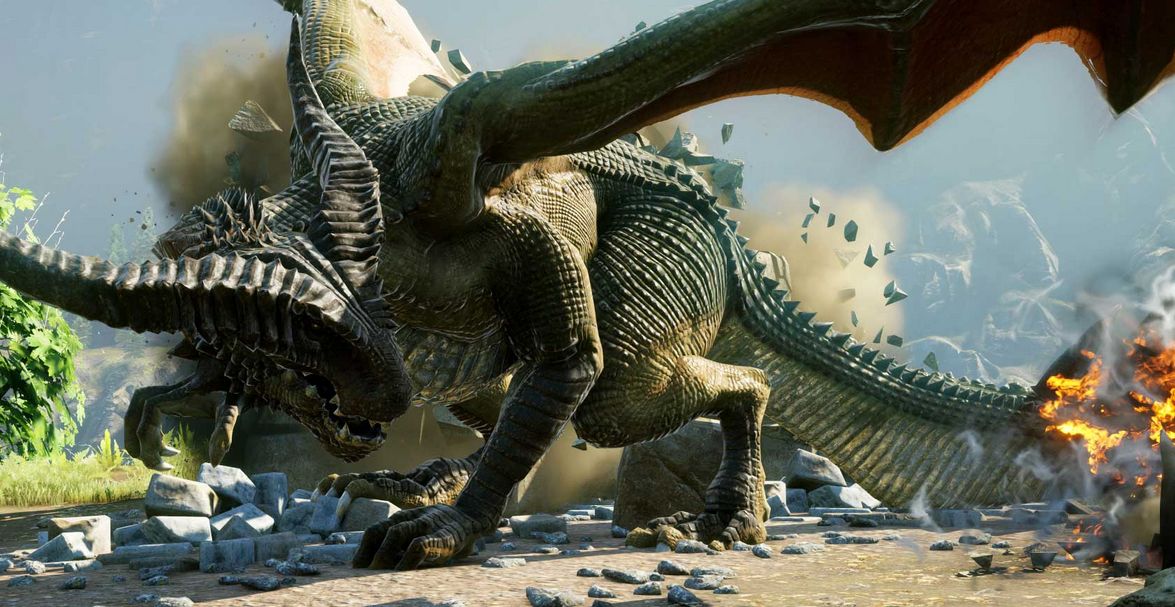